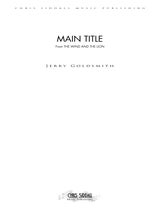 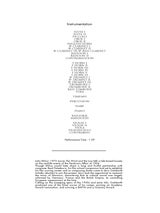 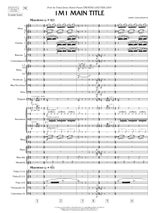 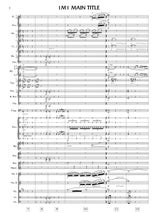 John Milius’ 1975 movie The Wind and the Lion tells a tale based loosely on the real-life events of the Perdicaris Affair of 1904.

Though Milius would later share a long and fruitful partnership with composer Basil Poledouris, his film school companion had yet to establish his film scoring career and so composing duties came to Jerry Goldsmith.

Initially reluctant to join the project, Jerry took the opportunity to research the music of Morocco, discovering that its cultural sound was largely informed by Germany, France and the British Empire; its controlling European superpowers at the time.

Calling on the sweeping epics of the 1950s and early 60s, Goldsmith produced one of the finest scores of his career, earning an Academy Award nomination, and winning a BAFTA and a Grammy Award.

PURCHASE/DOWNLOAD HERE ---> The Wind And The Lion - Score Only By Jerry Goldsmith - Digital Sheet Music For Score And Parts - Download & Print A0.1048157 | Sheet Music Plus