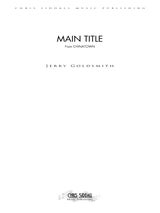 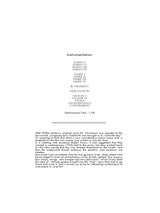 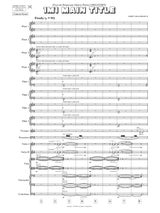 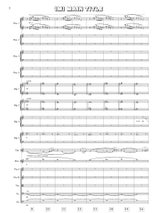 After Phillip Lambro’s original score for Chinatown was rejected at the last minute, composer Jerry Goldsmith was brought in to “save the day”.

It’s amazing to think that what is now considered a classic score, and a template for the film noir sound, was written in only ten days.

In a meeting with producer Robert Evans, it was suggested that they wanted a contemporary 1930s feel to the music, but Jerry pushed back on this idea saying that this was already displayed on the screen, and that the underscore should enhance the emotion, and emotions are timeless.

Jerry hadn’t yet considered what he was going to write, when asked what he envisiged in terms of orchestration, so he quickly replied “four pianos, four harps, strings, solo trumpet and two percussion” which Evans liked the idea of. Having spoken himself into this “trap”, Jerry then had to go home and write it, and it turned out to be an interesting combination of instruments to write for